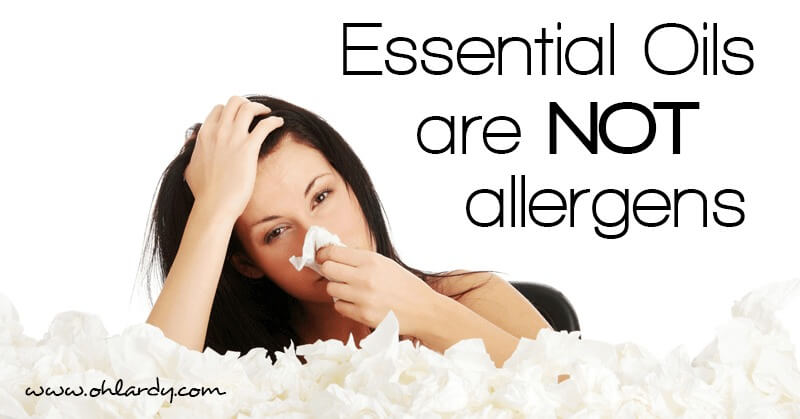 3)  There has never been a documented instance of an anti-body response (i.e. sensitization) to an essential oil.

Essential oil antibodies have never been found or detected in anyone.  Unless sensitization occurs and antibodies are produced and stored in the body, there can be no allergic reaction. Therefore, we can state unequivocally that essential oils are not and cannot be allergens.  Sometimes people do have allergy-like reactions but these are no allergenic in nature.  They are detox reactions.

To be an allergic reaction, there must be antibodies in the system of the person having the reaction.  There must be a period of prior sensitization before an allergic reaction can occur.  If a person has a reaction to an essential oil the first time they receive it, it cannot be an allergy, because there was no prior exposure whereby sensitization and development of antibodies could have taken place.  Such a reaction is nonallergenic.

People can be allergic/sensitive to fatty oils.  This is because fatty oils are not distilled.  They are cold pressed from the fruit and seed and contain many molecules that would not survive distillation but do come through a pressing.  Among these molecules are traces of proteins, amino acids, and polypeptides – all potential allergens.

For massage purposes, essential oils are often added to fatty oils.  When this is done, the possibility of an allergic reaction exists.  Fatty oils are implicated as potential allergens include walnut, almond, olive, peanut, safflower, and virtually any vegetable oil.

Allergic reactions are also possible to expressed oils (citrus) and aromatic oils obtained by solvents (such as jasmine, onycha, or neroli).  These two types of oils are not true essential oils since they are not obtained by distillation.  Distilled oils are never allergens. Absolutes, expressed oils, and fatty oils can be allergens, including carrier oils. According to data reported in A Statistical Validation of the Raindrop Technique, the most frequently reported negative results of applying undiluted oils was a burning sensation on the skin, skin rashes, nausea, headaches, and tiredness (in that order).

Among the outcomes of thousands of Raindrops sessions included in the report, no negative experiences more severe than these were reported.  Not one case of an allergic reaction was discovered by this study even though an honest effort was made to find and report such reactions if they existed.  In all the reports of negative outcomes with undiluted oils in the study, experiences were temporary and interpreted as detox reactions, not allergies.

Given enough time, accompanied by a cleansing regimen, detox reactions to oils will cease and the oils that caused the reaction initially will no longer do so.  This is an indication that the cleansing is complete and proof that the reactions was no allergy.  When a detox reaction happens, stop using the oils for awhile  and reduce their quantity in order to slow down the release of toxins.  Focus on cleansing procedures with lots of water, fiber, and fresh foods and, perhaps, some fasting, to flush out the toxins.

Gradually, use the oils again and eventually the toxins will be gone and you won't have unpleasant reactions to the oils any more.  Many people have experienced this.  Detox reactions may be unpleasant but they are temporary and beneficial.  They are the beginning of healing in a body full of toxins that would have eventually resulted in a serious chronic disease. 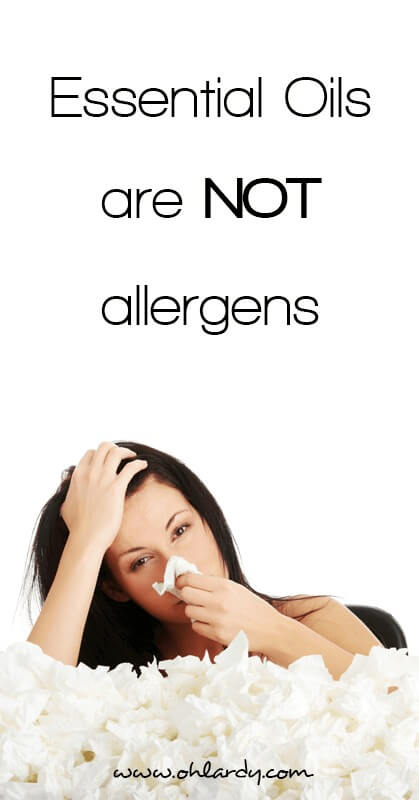