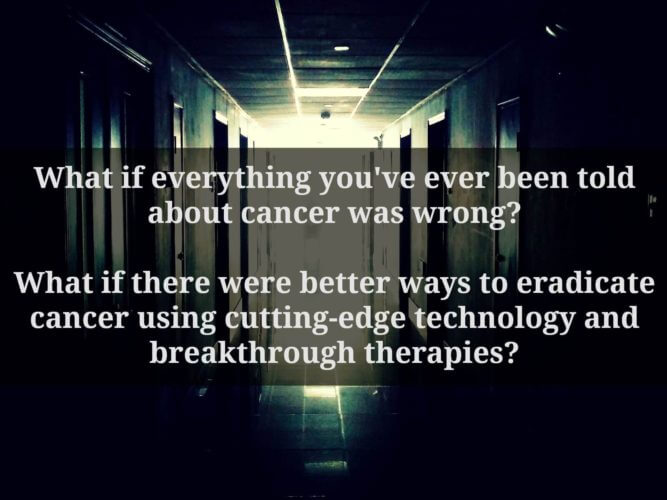 Dizzying amounts of opinions, information, appointments, and the heartbreaking discussions with friends and family. It’s difficult enough to swallow the diagnosis, but what do you do when it comes time to decide on appropriate treatment options?

There’s an overwhelming number of decisions a cancer patient must make once they become a member of the cancer club. A club for which membership is neither a privilege nor a gift.

For many types of cancer, chemotherapy is the recommended treatment, or part of a treatment protocol that may also include surgery and/or radiation. They’re known as the “three pillars” of cancer care. Any of these options require amazing strength and faith in the medical community.

Are they the best choice for you?

Facts about Chemo You Need to Know 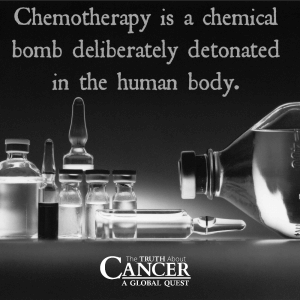 Chemotherapy and radiation are cytotoxic therapies. Cyto means cell and toxic is poison. Cytotoxic modalities kill the living cells within your body. Yes, despite general perception that chemotherapy targets only cancerous cells, it isn’t particular about the cells it kills. An indiscriminate killer takes out healthy cells along with the cancerous ones.

The United Kingdom science journal Nature Medicine published a shocking article stating, “Chemotherapy isn’t only ineffective but may actually feed cancer cells and protect them from further treatments. Once started, chemotherapy makes it harder to stamp out cancer than it would have been if you’d never begun treatment at all.”

The medical community refutes these findings but other researchers are supporting the claims.

In a study conducted by the Fred Hutchinson Research Center in Seattle, researches were stunned when they realized that cancer cells in the lab were easy to kill while real life tests revealed the opposite. People are not petri dishes controlled within a stark lab environment. Cancer cells within the body are more resilient than those in the lab.

An emerging scientific fact about chemo is that it can trigger healthy cells to secrete proteins called WNT16B that encourage tumor growth and become resistant to treatment. The release of WNT16B into the extracellular fluid is absorbed by the cancer cells. They receive what is essentially a cellular superfood.

Tumors generally respond rather well in the early stages of treatment. Rapid regrowth, however, is encouraged by these proteins. In many cases, growth continues to accelerate despite continued rounds of treatment. The neighborhood of their human host becomes friendlier toward them and supports them as they take over.

Dr. Mina Bissell, director of life sciences at the Lawrence Berkeley National Lab in California speaks about these findings in talks and conferences worldwide. She is convinced that the environment, or neighborhood, is what promotes and accelerates cancer growth.

This is exactly why lab cells behave in a completely different way than cells inside the body. They are in a different neighborhood and behave differently based on what is available in their environment. In a dish, when fed poison, cancer cells die. In the body, this “cellular fertilizer” feeds them well and inoculates them from further attempts to eradicate them.

Conventional medicine continues to overlook basic chemo facts and insist that chemotherapy is the most effective way to eradicate cancerous cells and tumors within the body.

We Must Think Bigger in the Cancer Fight 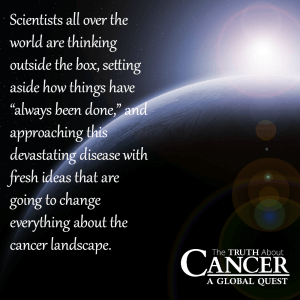 Dr. Mark Sircus is the director of the International Medical Veritas Association. He stated, “What mainstream researchers are failing to find is that we can approach cancer treatment from a completely different and opposite angle to chemotherapy.”

By changing the way we look at the structure of cancer, we may be better able to approach treatment. We need to prepare the “neighborhood” for a revitalization. Cancer must feel unwelcome, ill at ease, inside the human body. Only then can we attempt to eradicate the cancer. Target the tumor, and only the tumor, and enable the healthy cells to repopulate the area with new cells that are not designed to promote further growth of cancer.

Scientists all over the world are making great strides in the treatment of cancer. They are thinking outside the box, setting aside how things have “always been done,” and approaching this devastating disease with fresh ideas that are going to change everything about the cancer landscape.

As always, diligence and involvement in one's own treatment plan is key. A patient should research all of their options from nutritional, alternative therapies, and complimentary procedures that can aid recovery and regulate some of the worst symptoms.

If you receive the frightening diagnosis of cancer, seek a team that promotes a universal treatment protocol. The treatment should never be worse than the disease itself.

There is a Better Way

There are incredible advances happening globally in the fight against cancer but these breakthroughs don’t make big news here in the United States.

For instance, did you know…

Cancer is big business and we need to opt out of being part of its bottom line. Experts estimate that more than half of the cancers diagnosed in the world are preventable.

Get a free inside look at how they’re treating cancer in 26 countries around the globe and astonishing methods being used that are virtually unknown in the United States. Simply click here to register to watch the event of the decade The Truth About Cancer: A Global Quest a free 9-day docu-series.

Be in the half that beats the odds.

**Source: The Truth About Cancer