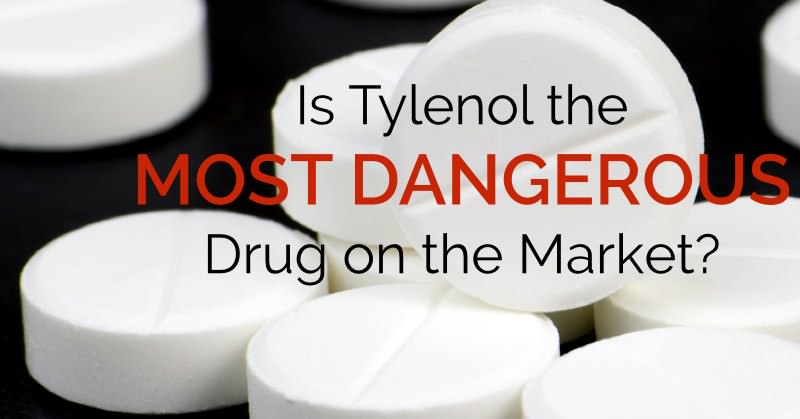 I am continually surprised at the FDA's complete failure at keeping our food and drug supply safe.  Many people reach for this medication below for themselves, their children daily.  I even remember commercials where this was the medicine ‘hospitals used most.'  I wanted to share this Dr. Mercola article with you so you could learn a little bit about the dangers of acetominophen.

Acetaminophen, sold under the brand name Tylenol, among others, may be among the most dangerous medicines on the market. I'm sure this comes as a surprise to most of you, as virtually every single household keeps a bottle on hand for the occasional ache and pain, and doesn't think twice about taking it.

Not thinking, it turns out, could cost you dearly… Acetaminophen overdose is actually the leading cause for calls to Poison Control Centers across the US—more than 100,000 instances per year—and, each year, is responsible for:1

In fact, according to data from the Acute Liver Failure Study Group registry, acetaminophen poisoning is responsible for nearly HALF of ALL acute liver failure cases in the US.2 As stated in a paper published in the journal Hepatology3 an entire decade ago:

“[Acetaminophen] is heavily marketed for its safety compared to nonsteroidal analgesics.

By enabling self-diagnosis and treatment of minor aches and pains, its benefits are said by the Food and Drug Administration to outweigh its risks. It still must be asked: Is this amount of injury and death really acceptable for an over-the-counter pain reliever?”

Acetaminophen—More Dangerous Than You Ever Suspected

In the program above, originally aired by ThisAmericanLife.org4 in September of last year, host Ira Glass recounts the story of Sarah Erush.

Sarah is a pharmacist at the Hospital of the University of Pennsylvania who was contacted by the Food and Drug Administration (FDA) about a number of cases of acetaminophen overdosing at her hospital. The FDA encouraged her to sit down and collate the data, and when she did, some very interesting, and disturbing, patterns emerged. As Ira Glass reports:

“Erush was surprised by how little over the recommended dose of the drug resulted in liver damage and, for three patients, death.

One of the country's most popular over-the-counter painkillers — acetaminophen, the active ingredient in Tylenol — also kills the most people, according to data from the federal government. Over 150 Americans die each year on average after accidentally taking too much. And it requires a lot less to endanger you than you may know.”

As it turns out, acetaminophen can be toxic to your liver even at recommended doses when taken daily for just a couple of weeks.5

Previous research6 has also shown that taking just a little more than the recommended dose over the course of several days or weeks (referred to as “staggered overdosing”) is far more risky than taking one large overdose. Your risk of severe liver injury and/or death increases if you:

Last year, PBS News10 reported that 1,500 deaths over the past 10 years have been linked to taking a little bit more acetaminophen than the recommended dosage. A major problem, as PBS points out, is that while acetaminophen is considered safe when taken as recommended, the margin between a safe dose and a potentially lethal one is disturbingly small. According to their report:

“Taken over several days, as little as 25 percent above the maximum daily dose – or just two additional extra strength pills a day – has been reported to cause liver damage, according to the [Food and Drug Administration]. Taken all at once, a little less than four times the maximum daily dose can cause death…

Warnings on liver damage were added to the drug's label in 2009 by the FDA, 32 years after an expert panel convened by the agency advised it was ‘obligatory' to do so. The recommendation was a part of a broader safety review of acetaminophen, which the report says has not yet been completed.” [Emphasis mine]

An FDA advisory panel actually recommended adding a warning label about liver damage to acetaminophen as early as 1977, yet the FDA kept dragging its feet. Last year, reporter Sean Cole noted in an interview with ThisAmericanLife.org11:

“The drug approval process is usually slow but not usually this slow. The FDA began with acetaminophen over 40 years ago in 1972. In that time, science has mapped the human genome, eradicated smallpox, we've cloned a sheep. And yet we still have not come up with final rules for safe usage and labeling of one of the most popular drugs in the country, of which more than 20 billion doses are sold each year.”

FDA Admits: Too Much Acetaminophen Can Cause Liver Damage

On January 14, this year, the FDA finally issued a statement12, 13 urging doctors and other health professionals to discontinue prescribing and dispensing prescription combination drug products that contain more than 325 milligrams (mg) of acetaminophen per tablet, capsule, or other dosage unit. According to the FDA, there's no evidence suggesting that taking more than 325 mg of acetaminophen provides any benefit that might outweigh the increased risk of severe liver damage.

The FDA also notes that while more than half of manufacturers have voluntarily complied by reducing the amount of acetaminophen per dose, prescription products that contain more than the recommended maximum of 325 mg of acetaminophen still remain on the market. So please, always check the label before you take any medication containing acetaminophen, to make sure you're not getting too much.

“In the near future FDA intends to institute proceedings to withdraw approval of prescription combination drug products containing more than 325 mg of acetaminophen per dosage unit that remain on the market,” the FDA noted.

While the main cause of SJS, TENS, and AGEP is the consumption of certain acetaminophen-containing medications, no one knows exactly why it occurs, or what makes certain people more at risk. What is particularly alarming is that it can occur at any time, even if you've taken the medication in the past without issue. According to the FDA,15 there's no way to predict who might be at increased risk for such side effects. For this reason, I strongly advise you to heed the FDA's recommendation:

“If you've ever had a skin reaction when taking acetaminophen, don't take the drug again.“

N-acetyl cysteine (NAC) is a supplement used in cases of acetaminophen overdose.16 It's a standard part of care, approved in 1985 by the FDA as an antidote for acetaminophen toxicity. The approval of NAC for this purpose was based on a research program by the Rocky Mountain Poison and Drug Center, which “clearly demonstrated the efficacy of acetylcysteine, when used early in the course of treatment, in reducing morbidity and virtually eliminating mortality associated with acetaminophen overdose,” according to the published treatment guidelines.17

Here, I can't help but note the irony of the situation, as a nutritional supplement—NAC is the rate-limiting nutrient for the formation of the intracellular antioxidant glutathione—is prescribed as the antidote to a pharmaceutical drug… This goes back to the conversation about the extraordinary safety, and wide-ranging benefits, of dietary supplements. Yet, Big Pharma promoters like Dr. Paul Offit and Senator Dick Durbin are going to great lengths to try to paint supplements as a dangerous scourge that has no place in good medicine.

The case of NAC (N-acetyl cysteine) is just one of many examples where a supplement can be a lifesaver after conventional medicine has wrought havoc on your body. Another potent example is CoQ10, which is absolutely crucial if you're taking a statin drug. If Senator Durbin and the drug industry get their way, lifesaving supplements (like NAC and CoQ10) would have to go through extensive and extremely costly drug testing, which might make them unavailable—at least temporarily, and if they were available, they would be far more expensive.

But back to my main point: while I generally do not recommend using acetaminophen-containing drugs for minor aches and pains, given the health risks discussed above, they are sometimes necessary to temporarily suppress severe pain, such as post-surgical pain. For those instances, I recommend taking it along with NAC.

It is believed that the liver damage acetaminophen causes is largely due to the fact that it can deplete glutathione, an antioxidant compound secreted by your liver in response to toxic exposure. Glutathione also helps protect your cells from free radical damage. If you keep your glutathione levels up, the damage from the acetaminophen may be largely preventable. As noted above, mortality due to acetaminophen toxicity has been shown to be virtually eliminated when NAC is promptly administered in cases of acetaminophen overdose.

So whether you are taking Tylenol in prescription or over-the-counter form, I strongly suggest taking NAC along with it. Bear in mind that while this may help prevent liver damage from occurring, I'm not aware of any evidence supporting its use for the prevention of kidney toxicity and/or potential skin reactions.

It's important to remember that just because a drug is sold without prescription does not mean it is completely harmless. This is particularly important to remember if you're using OTC drugs for your children. There have been tragic cases of acetaminophen overdosing when an infant is given children's brand Tylenol, at an older child's recommended dosage. Always make sure to check the dosage recommendations for the age of your child!

Whether you're trying to address acute or chronic pain, please know that there are many other safer yet still effective alternatives to prescription and over-the-counter painkillers. For an extensive list of recommendations, please see this recent article on acetaminophen alternatives.

One potent alternative I'd encourage you to investigate is K-Laser therapy, which can be an excellent choice for many painful conditions, including acute injuries. By addressing the underlying cause of the pain, you will no longer need to rely on regular doses of painkillers.

Also, for long-term relief, I strongly recommend taking a high-quality, animal-based omega-3 fat like krill oil, as omega-3 fats are precursors to mediators of inflammation called prostaglandins. Addressing your diet by eliminating or radically reducing most grains and sugars (including fructose) is also important, as avoiding grains and sugars will lower your insulin and leptin levels. Elevated insulin and leptin levels are one of the most profound stimulators of inflammatory prostaglandin production. That is why eliminating sugar and grains is so important to controlling your pain.

I also recommend optimizing your production of vitamin D by getting regular, appropriate sun exposure, which will work through a variety of different mechanisms to reduce your pain. Along with these strategies, be sure you are also addressing any emotional elements. EFT is particularly useful for this—whether your pain is chronic or acute. In both instances, your level of stress, your anxiety, and your perceptions of pain all play a role in how you experience pain, and addressing these elements can go a long way toward providing effective pain relief. 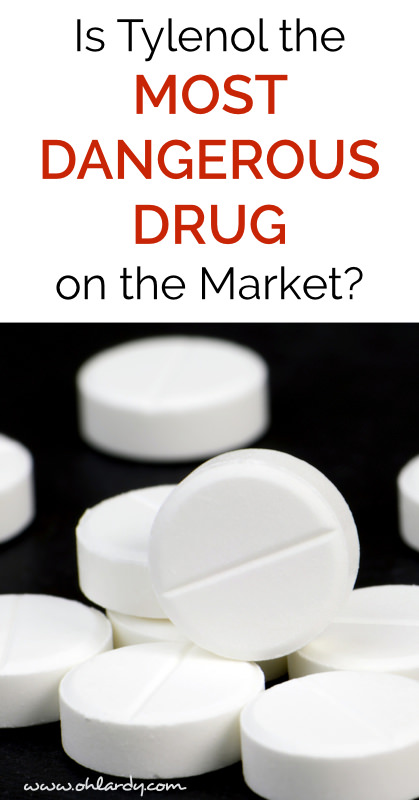