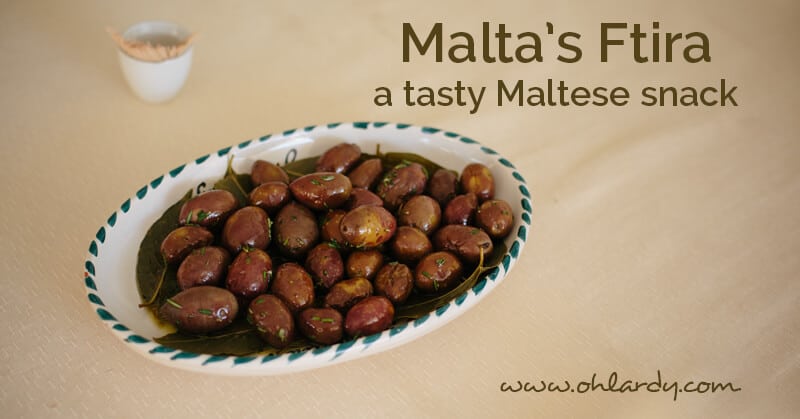 My family and I recently returned from an amazing vacation around the Mediterranean.  I had never been to that part of the world before, so I was really looking forward to exploring!  My children have never been outside of the United States and my husband and I were most excited about all of the different cultures they would experience.  And the food, friends.  I was excited about the food.

When we were traveling, we visited Italy, Sicily, Malta, Greece, and Turkey.  Of all of the places, I wasn't sure what to expect from Malta.  Friends, if you have the chance, visit Malta!  It was such a pleasant surprise!  The old city of M'dina was incredibly charming and the history of this tiny island in the middle of the Mediterranean is fascinating.

While we were visiting Malta we had the chance to tour an olive oil farm.  You guys, I was in Real Food heaven.  Sam Cremona, the owner of this delightful farm, gave us an amazing tour.  The first thing I noticed when I stepped foot onto his farm was the rooster and hen walking across my path into a grove of olive trees.  They joined other hens already pecking and scratching in the dirt below the trees.  As we walked along the cobblestone path, Sam shared how everything at his farm is there for a reason.  They keep chickens for fertilization of the soil, bees for the pollination of the trees, herbs for insect repellants.  In return, they get eggs from the chickens, honey from the bees, and herbs to use in their countless delicious dishes.  This farmer was speaking my language and I couldn't be more pleased to listen and learn more!

Besides learning about his farming practices, we also learned how the olive oil is harvested.  His set up was quaint and the whole process appeared so simple on the surface.  But I will leave the olive oil making to him for now.  After our tour he took us to a covered patio where he had prepared a snack.  He was most excited to share his olives with us and teach us how to taste olive oil.  He passed around bits of bread that we were to dip in his olive oil.  However, once we dipped, we weren't to eat the bread.  Once the bite of bread was fully saturated with the oil, we were to suck the olive oil off of the bread and swirl it around our mouth, then swallow.  After that we could eat the bread.  He explained that simply eating the bite of bread dipped in the oil didn't allow us to really appreciate the flavors of the olive oil itself.  I suppose you could get the same effect by taking a spoonful of olive oil!  But that didn't seem as fun.

After that little exercise, Sam shared with us another tasty Maltese snack – Ftira.  Ftira is a Maltese bread, similar to ciabatta, that is sliced horizontally, covered with olive oil (more like doused), and topped with tomato/basil/garlic mixture, herbs like rosemary, fennel, and sage, and anchovies.  He made several options with different combinations of toppings.  Of course, these weren't the only toppings you can use.  Capers, onions, parsley – whatever you want – could be added to this delicious snack.  I say “snack” but it could be a meal.

I took a video with my phone of Sam preparing Ftira.  Take particular note of the amount of olive oil he uses.  His rule of thumb is most likely, “When you think there is enough, add a lot more!”  After sampling his creations, I certainly won't be skimping on any oil when I make this at home.  The olive oil, both quantity and quality, is what makes this dish!

**I filmed this while we were all standing around and chatting.  I think my favorite part is when one woman says, “As the world gets more and more processed I am sure that people will be very interested in what you know.  Are you going to write a book?”  I wanted to hand her a copy of Nourishing Traditions, but I didn't have one handy.  The book he mentions is The Way We Ate, written by his wife.  I have a copy and I love it!!  It is all about traditional Maltese foods.

I had some pretty amazing culinary experiences while we were traveling and this was perhaps one of my favorites.  The flavors were intense and pleasing and I could have eaten a lot more than I did.  So, if you are ever in Malta, find Sam Cremona and allow him to take you on a tour of his lovely farm.  You won't regret it! 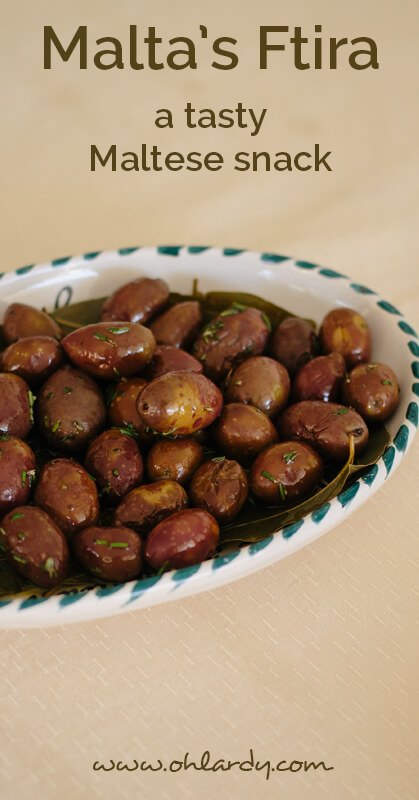