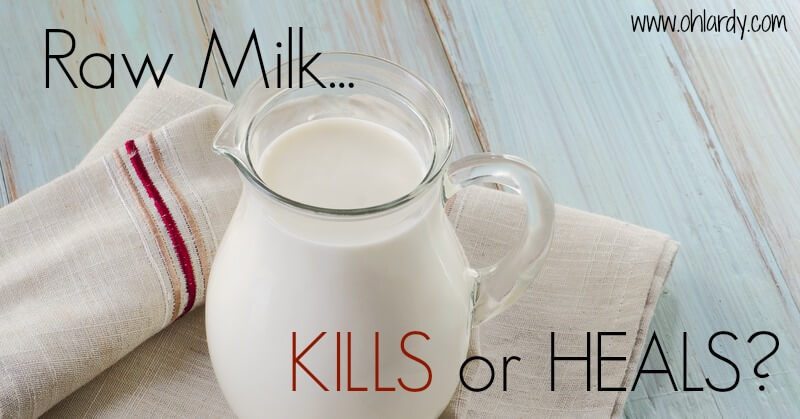 The U.S. Centers for Disease Control have long claimed that between 1998 and 2008, there were two deaths from raw milk.

This number is often used in media reporting about raw milk.

But those illnesses actually appear to have come from a form of cheese that isn't legal under current FDA regulations, called queso fresco.

In December, Mark McAfee, the owner of Organic Pasture Dairy, challenged claims on the Centers for Disease Control web site stating that raw milk is dangerous.

The agency actually agreed to make some slight changes to its language on the site, but did not change a reported death from Salmonella Typhimurium in California.&

But the state was not reporting that death.

He did not receive a response from the CDC until he threatened to file a Freedom of Information Act request. At that time, he discovered the death was from that same form of cheese mentioned above, queso fresco.

According to Health Impact News Daily:

“Why is this important? Because statistics have become important weapons in the war over food rights. When the CDC says there have been two deaths from raw milk between 1998 and 2008, that statistic carries a powerful message: you can die from drinking raw milk…

If it turns out that the two people it says died from drinking raw milk didn't, in fact, die from drinking raw milk, then the CDC has lost an important weapon in the government's campaign of fear around raw milk. If no one died in that 11-year period, suddenly, raw milk isn't quite the danger it has been made to appear. ”

The CDC defends the use of mercury in vaccines and fluoride in your water, yet tells you to be afraid—be very afraid—of raw milk. Does this make sense?

What the CDC is telling you about the dangers of raw milk is completely upside down from the truth. The truth is that the risk of foodborne illness from many other foods (such as pasteurized milk, mass-produced meat and poultry, and bagged greens) is much greater than from raw milk, provided the raw milk comes from a dairy that adheres to proper standards. The CDC and the FDA both continue to misuse, manipulate and suppress data in order to frighten the public.

The CDC's bias against raw milk is not new. A 2007 press release by A Campaign for Real Milk (part of the Weston A. Price Foundation) shines a light on the CDC's concealment of the truth. The article came on the heels of a cautionary reminder to the public by the FDA and CDC that raw milk is “dangerous.”

“The joint FDA /CDC reminder claims that between 1998 and 2005, raw milk was implicated in 45 outbreaks, 1007 cases, 104 hospitalizations and 2 deaths. Yet the reference cited, CDC's Morbidity and Mortality Weekly Report for the week of March 2, 2007 (MMWR for 03-02-07), provides no such information; nor is any such information found in any other FDA or CDC document. Numerous requests to the FDA for clarification have not been answered.”

So, not only were the two deaths NOT due to drinking raw milk, but according to Sally Fallon (president of the Weston A. Price Foundation), the FDA and CDC have never provided a single reference to support the claim of widespread illness from raw milk during that seven-year period. Fallon stated:

“Reports of individuals becoming ill after drinking raw milk do exist, although none were cited in the recent CDC and FDA Reminder. But even these reports do not usually provide proof that raw milk caused illness. When someone who drinks raw milk becomes ill, these agencies immediately report an ‘association' with raw milk, ignoring other vectors of disease and subsequent tests showing the milk to be clean. FDA and CDC definitely have a double standard when it comes to raw milk.”

Pasteurized milk is responsible for far more illnesses and deaths. For example, according to RealMilk.com, the United States' largest recorded outbreak of Salmonella resulted from pasteurized milk, but alarmingly, the CDC never issued a specific Morbidity and Mortality Weekly Report for this outbreak.

The incident, occurring between June 1984 and April 1985, resulted in 200,000 illnesses and 18 deaths. This and other outbreaks of illness resulting from the consumption of pasteurized milk somehow evade the public's eye, escaping warnings from both the CDC and FDA. In fact, they have never issued a warning against commercially pasteurized milk! So, it isn't terribly surprising that Mark McAfee was given the cold shoulder by CDC. This is just one more example of the CDC's ongoing bias against raw dairy products.

High quality raw milk has a mountain of health benefits that pasteurized milk lacks. For example, raw milk is:

It is not uncommon for people who drink raw milk to experience improvement or complete resolution of troubling health issues—everything from allergies to digestive problems to eczema. It is also common for people who have “milk allergies” to tolerate raw milk just fine. Pasteurized milk is a completely different story.

Pasteurization Creates a Dead, White Liquid That is NOT Beneficial to Your Health

Pasteurization turns milk into a dead white liquid whose health benefits are largely destroyed. Consider what pasteurization does to milk:

Additionally, the bacteria killed by pasteurization are not removed, so their dead carcasses remain in the milk to ignite immune reactions in those who ingest them, which is one major cause of milk allergies. It isn't really an allergy to the milk itself, but to the organic cell fragments it contains.

Making matters worse, cows in CAFOs (confined animal feeding operations) are routinely given drugs in an effort to counter the ill health and immune problems caused by their poor living conditions. Feedlots are breeding grounds for all kinds of harmful bacteria. So the cows are snowed with antibiotics. This milk HAS to be pasteurized, because it is simply loaded with bacteria—and not the beneficial kind.

While all types of milk tested positive for chemicals—even breast milk—cow's milk contained the highest levels. Some of these drugs and hormones were given to the cows directly, while others were likely ingested from the cattle food or contamination on the farm. When you drink raw milk from these massive commercial dairies, you might indeed be risking your health. But this is a far different product than raw milk from smaller farms where the farming practices are more natural, sustainable, clean, and humane. Raw milk from these cows is clean and nutritious and loaded with good bacteria—the kind you need for a healthy gut.

Why is the CDC still determined to hide the facts and prevent you from access to this beneficial food? If safety isn't the REAL issue, then what is? If raw dairy really caught on, wouldn't the dairy industry simply follow suit and begin producing raw products to meet the demand?

They would if they could, but it would be virtually impossible. In order for conventional dairy farms to produce safe raw milk, they'd be forced to clean up their production practices, raise healthier cows (and likely fewer cows), and give them access to pasture. This would cost them money—and lots of it—if it were even possible…and that's a big “if.” Their business DEPENDS on pasteurization, and that is why their powerful lobbyists will stop at nothing to persuade government agencies to keep raw milk bans in full force.

Manipulating or outright lying about statistics is just one means of accomplishing this.

The CDC and others who argue that raw milk is unsafe do not differentiate between REAL raw milk, and raw milk produced under the suboptimal conditions often found in CAFOs. Small dairies that are raising “happy cows” that are allowed to roam on pasture, feed on grass, and are raised without the use of antibiotics and hormones, produce raw milk that is loaded with nutrition and free of pathogenic bacteria and other contaminants, the way milk was produced decades and centuries ago.

The good news is, Big Dairy's worse fear is coming true—raw dairy IS catching on! Raw milk has been gaining popularity for years now.

Take Massachusetts, for example. The number of dairies licensed to sell raw milk grew from 12 to 23 in just two years, while the Northeast Organic Farming Association stated that dairies are selling more raw milk than they were five or six years ago, and consumers are calling in increasing numbers looking for advice on where to find it. The conventional dairy industry, realizing this, has redoubled their efforts to stifle raw milk sales, making every effort to prevent it from becoming mainstream, where it could begin to threaten their very livelihoods.

Presidential candidate Ron Paul has taken up the battle to protect your rights for access to raw milk by introducing House Bill HR 1830, which authorizes the interstate traffic of unpasteurized milk and raw milk products that are packaged for direct human consumption. On May 13, 2011, this bill was sent to the House Subcommittee on Health. This bill would make it legal for farmers to sell and distribute raw milk across state lines.

I urge you to take a moment to sign the petition right now!

How YOU Can Protect Your Health Rights

By joining the fight to protect access to raw milk, you're not only standing up for raw milk, but you're standing up for your freedom of choice. No one, and certainly not any government agency or dairy lobby, should be able to restrict your access to pure, unadulterated food.

There are a number of things you can do to make your feelings known on this issue, such as signing the petition described above.

The following is a list of resources that can help you become better informed:

Pin it for Later–> 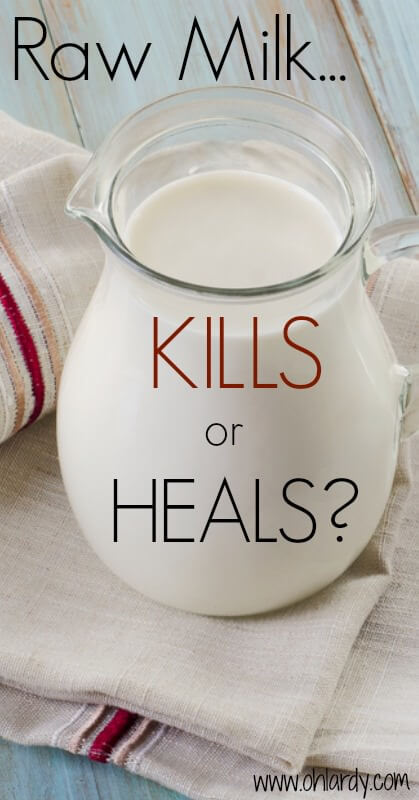